England men's golf team were the clear winners of the European Challenge Trophy in Iceland, 12-14th July. The six man team (with the best five scores each day to count) were 11 shots clear of the Netherlands and this means they regain their place for the European Team Championships in Denmark next year. Full coverage and results are available at http://emcht.golficeland.org/

Garrick Porteous (Bamburgh Castle) made a significant contribution to this victory. He finished tied third with scores of 68-72-70(-3) and was a counter for the team in every round. His colleague Ben Stow won the event on nine under par. Garrick's game was in great shape as he signed for 16 birdies during the week and he commented that 'it was a fantastic experience to play in Iceland and be part of a winning England team'.

Prior to the Icelandic trip, Garrick had been to Portmarnock, Ireland as part of the Great Britain and Ireland squad for the St Andrews Trophy later this year. It proved to be a successful three days familiarising himself with the course and getting to know other squad members. Selection for the team will be determined by the R&A selectors in mid-August.

Garrick now has a short rest before competing as an amateur in his first professional event. England Golf has nominated six players to participate in the English Challenge at Stoke-by-Nayland golf club on 26-29th July. This is a European Challenge Tour event and will be an invaluable experience for Garrick to gauge his game against the professional ranks. 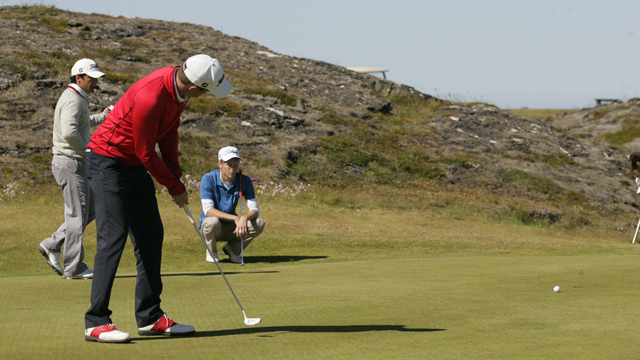 The summer of golf continues at pace and Garrick recorded another top ten finish at the English Men's Open Strokeplay Championship for the Brabazon Trophy. Played over the Old Course at Walton Heath, Garrick entered the final round lying 3rd, but eventually had to settle for 7th overall with scores of 73-75-71-76 following a difficult scoring week in very windy conditions. On completion of the final round he commented that "I played solid all week, hit the ball well and gave myself a lot of chances but the birdies just didn't come".

His journey now continues to Hillside near Southport for final qualifying for the 2012 Open Championship at Royal Lytham & St Annes. It's hoped the birdies will come as qualification is tough with only three golfers progressing from the 72 starters in the field. 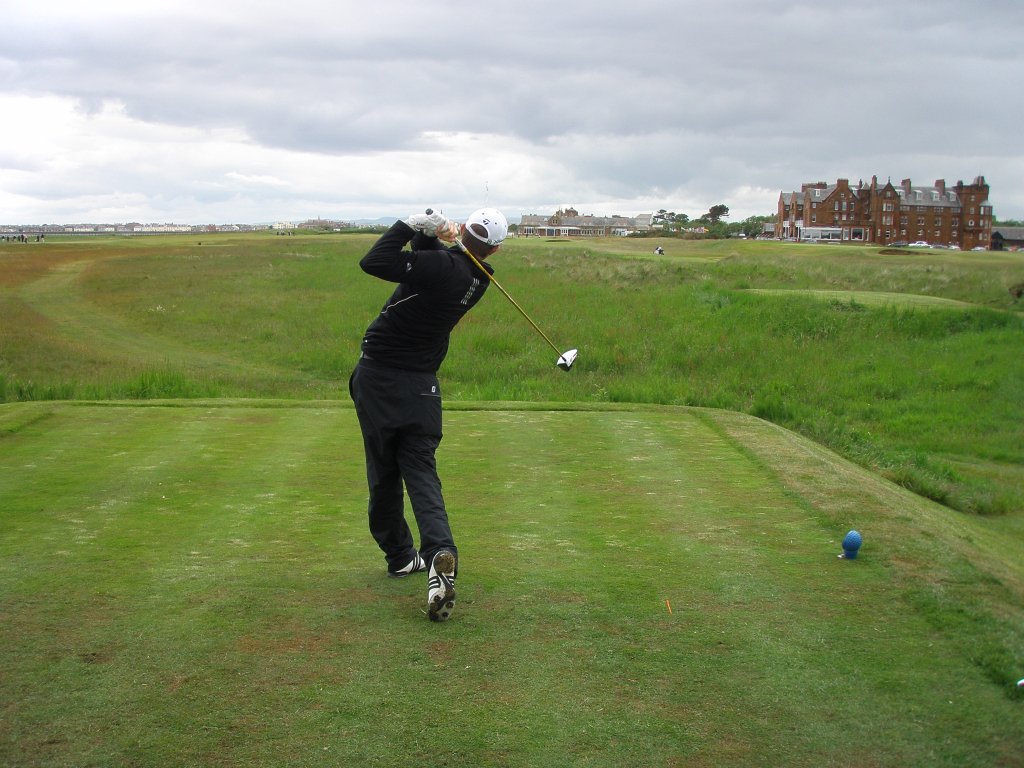 Garrrick warmed up for his summer of golf back in the UK by breaking the existing course record at his home club, Bamburgh Castle, on Saturday 2nd June. Making his first visit in over a year he shot 62 and eclipsed the previous record (63) shot by Phil Ridden in 2008.

Garrick played some effortless golf with even nines of 31. He had four birdies, an eagle and 13 pars. However, it did need a birdie down the final hole to secure the record. Despite shooting the record he failed to lift the Runciman Cup because he had to add three shots to his score and finished with a net 65.

This coming week he now moves onto his first major tournament of the summer, the St Andrews Links Trophy on the Old and New courses. To follow his progress he now has his own website at www.garrickporteous.com. 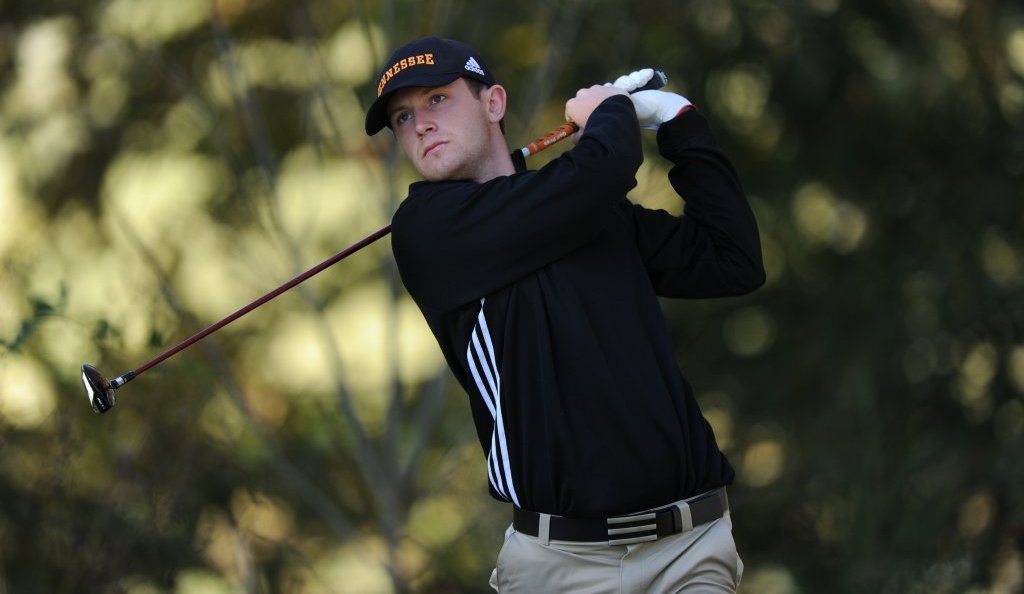 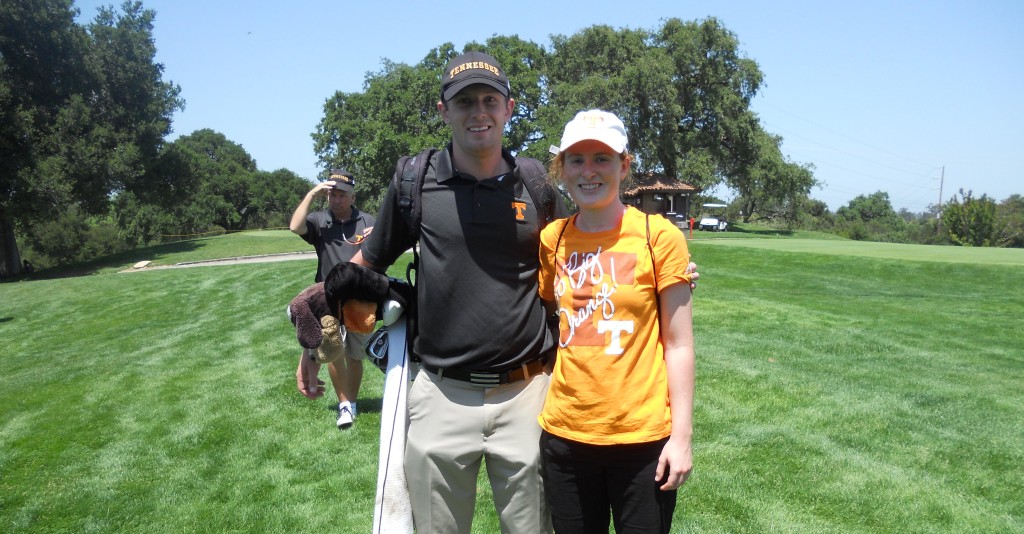 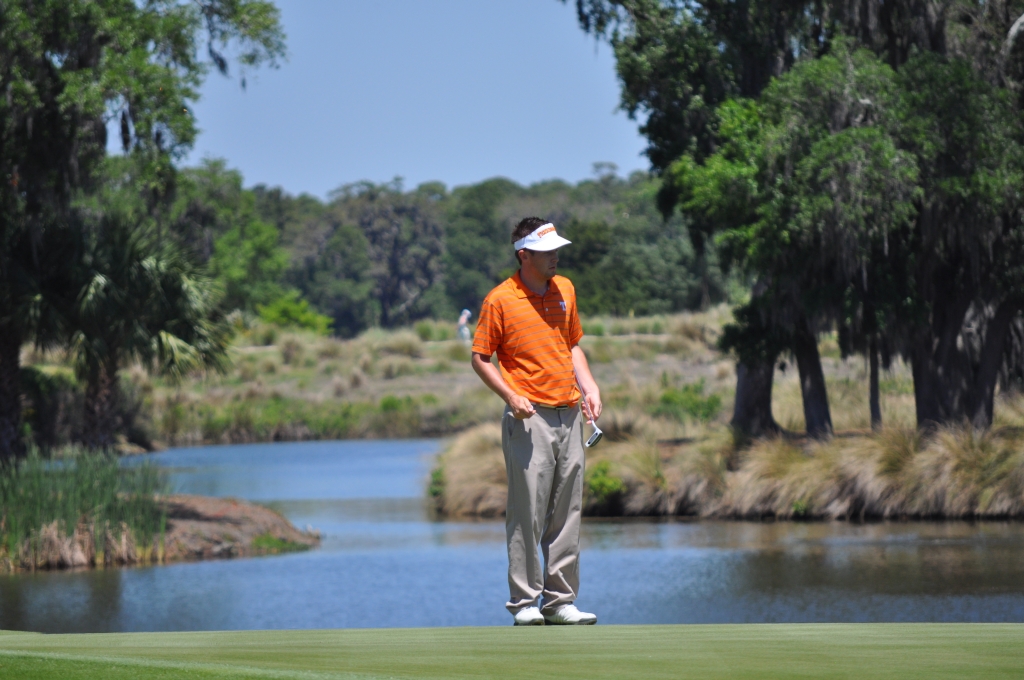